The story behind Seley Ranches 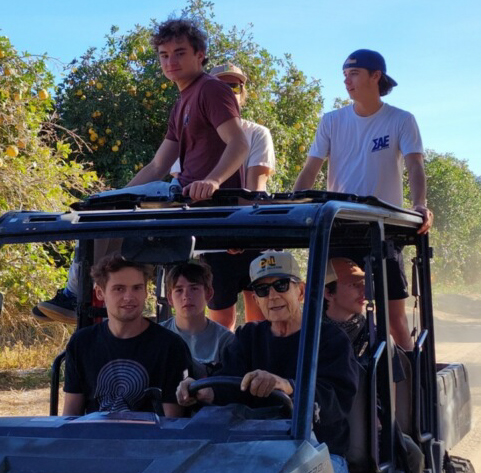 Founded in 1957, by the late Hal Seley, the family is now entering its fourth generation of growers, and a half-century of family farming.

James Harold “Hal” was raised on a farm in Pennsylvania before coming across the Northern Plains with his father, a teamster helping harvest wheat. The Seleys set up a fruit stand in Idaho, then went on to Washington where Hal’s father worked in the timber industry. Eventually someone told them about the Anza-Borrego valley. The family went south to check it out, and stayed. Hal attended the University of Southern California, while also working in a bakery.

“My grandad was a teamster helping harvest wheat, and my dad (Hal) used to walk alongside him, throwing rocks at the mules to keep them moving,” Jim Seley said.

After graduation, in the late 1920s, Hal began his journey as a broker/merchant of fish by-products. In 1934, Seley was given the opportunity to purchase the company he was working for, and thus the birth of Seley & Co. He had always liked farming and enjoyed real estate, so he was continually seeking land to purchase and farm. In 1957 he bought the Ranch in Borrego Springs which was at that time 160-acres. Back then, they had mostly table grapes, but over time converted most of their land to citrus.

In 1964, Hal’s son, Jim, joined the farm and began forming his agricultural education. Working 18-hour days he soaked up all he could and has continued the family tradition producing delicious citrus that is distributed both nationally and internationally. Today, Jim and his son, Mike, manage the orchard, which has 370 planted acres, grows grapefruit (Marsh Ruby and Rio Red), tangerines (Daisy and Minneola), and lemons (Lisbon and Eureka). It’s famous for its Seley Reds, which are grapefruit.